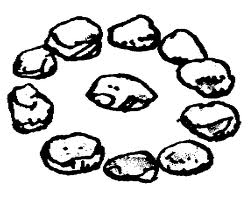 It is with great sadness that I write to advise you that Mick Reeve has “Gone Home”. Mick died peacefully at home on 18th December 2019. He was 84.

Mick was well known throughout the District having held various roles since joining in the mid 1960’s. Amongst other roles, Mick led 3rd Adeyfield as Group Chair and then Group Scout Leader before becoming Group Chair at 1st Hemel after the two groups amalgamated. He has long been a member of the Scout Fellowship / Scout Active Support unit – supporting many district events over the years.

After the implementation of the new adult training scheme in 2003, Mick became a Training Adviser, helping new adults complete their “wood badge training” – offering advice from his years of experience with his typically friendly nature.

In 2005, Mick helped build the original Scout Shop at 1st Apsley’s HQ and since the opening night, led a team of volunteers each month until the end of the Summer term this year.

I’m sure you’ll join me holding Mick’s family and friends in your thoughts at this difficult time.